People in Their 40s Tend to Sleep the Least: These Tips Can Help 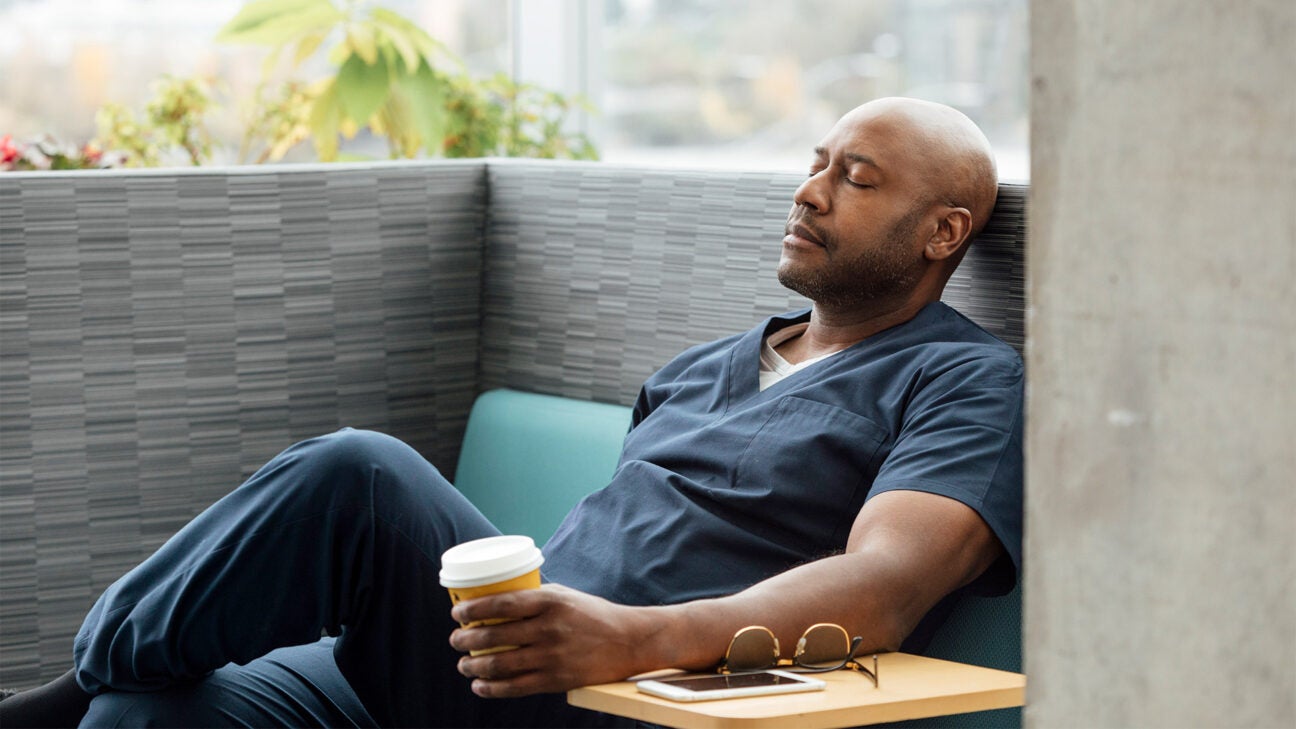 Experts say work and family responsibility can decrease the amount of sleep people in their 40s get. The Good Brigade/Getty Images

If you’re around the age of 40 and feel like you don’t get a lot of sleep, researchers have some good news and some bad news.

The bad news is you’re right – you probably don’t.

The good news is it gets better from here.

A graph of how people in the United States sleep over their lifetime forms a U-shaped pattern across our lifetimes, with the age of 40 being the bottom, according to a new study from researchers at the Medical College of Georgia at Augusta University.

Dr. Xiaoling Wang, a genetic epidemiologist and co-author of the study, wrote how much sleep we get tends to decrease across our lifetime, although her team found sleep efficiency stabilized from age 30 to 60.

They confirmed children and adolescents sleep later, middle-aged people sleep less, and sleep time goes back up around age 60.

Researchers looked at data from 11,279 people 6 and older from the National Health and Nutrition Examination Survey (NHANES), which focuses on different populations or health topics. Data on these participants was collected from 2011-to 2014 and released in late 2020.

Why middle-aged people get less sleep

Dr. Manish Mishra, the chief medical officer of the Texas Healthcare and Diagnostic Center and the medical reviewer for Addictionresource.net, told Healthline the study “crystalized” what experts already know about the age group.

“What was a little surprising is that the sleep efficiency stabilized instead of going further down,” Mishra said. “Many people think that the older you become, the earlier you wake up and the more sleep problems you have.

“Middle age is the busiest time of life for most people. Work and family responsibilities tend to ramp up during these years, making it harder to get a good night’s sleep,” he said. “Many people at this age have more responsibilities and obligations than they did when they were younger.”

Mishra said people in their 40s start taking care of their parents and start having their own physical changes that affect sleep.

“Many people in middle age are also part of the sandwich generation, where they are stuck in the middle of taking care of their own families while also taking care of their aging parents,” he said. “In addition, hormonal changes can cause middle-aged men and women to wake up more during the night.

“Stress is another common reason why people in middle age sleep less,” Mishra added. “This can be due to work stress, financial stress, or family stress. Middle age is also a time when many people start to experience health problems, which can make it difficult to sleep.”

Dr. Hector Perez, a general and bariatric surgeon in Cancun, Mexico, told Healthline that sleep hormones can slow down around the age of 40.

“Their bodies may not be able to produce the same hormones that help them sleep, such as melatonin,” Perez said. “They may have more health problems that make it difficult to sleep, such as arthritis or insomnia.”

How to get better sleep

The National Sleep Foundation recently released tips on sleeping better this summer, including recommendations on how much sleep different age groups should try to get.

Adults should aim for seven to nine hours of nightly sleep. People older than 65 are recommended to get at seven to eight hours.

The group also provides tips for a good night’s sleep, including:

Get a healthy amount of exposure to bright light during the day. Natural light or equivalent brightness is best and fits with outdoor summer plans.

Exercise regularly for a deeper sleep. Aim for 30 minutes a day, five days a week.

Use a consistent wind-down routine in the evening. Try different things to find out what works best, including warm showers or baths, tea, listening to soft music, or reading a book.

Make a sleep-friendly environment by putting electronic devices away an hour before bed and sleeping in a quiet, cool, and dark environment.

This article was from Healthline and was legally licensed through the Industry Dive Content Marketplace. Please direct all licensing questions to legal@industrydive.com.

Both Food and Drink Keep You Hydrated for Summer ...

SATURDAY, June 18, 2022 (HealthDay News) — Keeping your body well-fueled and hydrated is a must during outdoor ...

Caregiving Can Heighten Loneliness, or Ease It
Community | 2 Min Read

Caregiving Can Heighten Loneliness, or Ease It

Does Your Child Have a Cold or Severe RSV? Signs to Look For
Wellness | 4 Min Read

Does Your Child Have a Cold or Severe RSV? ...